My girl Izla (Ivette Ale) released her first mixtape a few weeks back. She tried to be all shy about it, but I was like grll please.

END_OF_DOCUMENT_TOKEN_TO_BE_REPLACED

Co-written by DJs Ushka and Ripley.

When we talk about “global bass” as a genre and scene in New York, it’s not always clear what fits into this recently generated category. Who gets to claim “global bass” and what does it represent? This desire to cookie-cutter a range of musical genres as a way to identify a “scene” has in its doing led to the lack of inclusion, in media accounts, of many communities who are engaging with global music and culture in meaningful ways, with amazing music.

END_OF_DOCUMENT_TOKEN_TO_BE_REPLACED 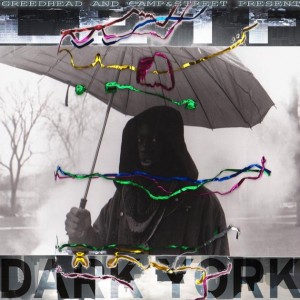 This is the instrumental for my contribution to Le1f’s mixtape Dark York earlier this year. A few people were asking me for it and so I thought I’d make it available.  It’s 128bpm so a bit slower than a lot of the ‘trap’ music popping on the net right now.  My homie Dead O from clouds gave me a huge stack of underground Memphis rap CDs several years ago when I played in Helsinki with him and the hypnotic darkness really made an impact.  This is my love letter to those beats.  A big shoutout to Le1f for using it for his tape, as a lifelong New York Rap Guy I’m happy to be included in this new generation of weird rap that’s oozing out of NY right now.  I’m calling the genre for this one Emotional Grease.

Way back in the summer of 2009, a bunch of us in DC wanted to try an experiment — take the energy of the house parties we were throwing and DJing and try to transfer it onto the dancefloor at a club. We formed a new entity — the Anthology of Booty — with a preliminary mission:

committed to resisting negative forces such as racism, misogyny, and homophobia in social spaces like dances, clubs, and bars. We create spaces for dancing, enjoyment, relaxation, and art with an emphasis on inclusion and respect. As DJs, we play all kinds of music reflecting our different communities and passions.

You know, basically stuff that is discussed here all the time. Our vehicle to achieve this lofty goal of consensual fanny-bumping was the party Backdoor — paying homage to and carrying the tradition of so many communities forced to use the backdoor, sidedoor, separate entrance, and to the clandestine places where they/we partied anyway. It was also a play on the venue where we threw Backdoor — the basement of the 9:30 Club, called Backbar. We kept it on the downlow, advertised by word of mouth, and soon had ourselves a sweaty, sultry underground party.

It didn’t take long to outgrow the space, unfortunately, and so we set off in search of another venue for Backdoor, which proved to be challenging. Backdoor became nomadic, and even went on hiatus at times as we returned to our roots with some warehouse/studio events. Yet we still yearned for the days of a regular, monthly space where our blend of global booty beats and dancefloor politics could be counted on amidst all the other nightlife options. So its quite exciting to be having the first Backdoor party in quite some time, with the hopes that it will be the first of many. What’s more, it’s back in a basement!

If you’re in DC, stop through. If not, let’s see how we can get you here for the next one. Believe — we can throw banging parties and think about things at the same time…

NSFW. Not for the faint-hearted.

On a recent Brooklyn bound A-train ride, Geko and I were feverishly brainstorming places to host a New York performance for Titica, once we found out she wouldn’t be able to stay in town for Que Bajo next Thursday. Feeling like now is a crucial time for LGBTQ issues in Africa, we didn’t want to miss the opportunity for Titica to gain some visibility outside of her home context, and help open up the dialogue in regards to what is permissible in the realm of “African values.” While that will perhaps be a longer fight, the “Space” problem was quickly resolved when our traveling companion Thanu Yakupitiyage offered her iBomba party at Bembe on Monday night. Thanu’s work and focus made for quite the serendipitous pairing, perfect to host Titica in NY, thus initiating a kind of an informal inaugural collaboration between Thanu and Dutty Artz, the collective of cultural agitators with its spiritual heart in the county of Kings, New York.

On the eve of that event, it is my pleasure to introduce Thanu as the collective’s newest official member (something we’ve been planning before that fateful train ride)! While we’ve been bringing you blog posts, music, parties and merchandise of various sorts for a few years now, Dutty Artz has been steadily heading in a direction in which we’re trying to find ways to expand beyond music and the limitations of the Internet. It has always been our desire to facilitate ways to nurture a creative community across social and cultural borders. Adding Thanu to the lineup is a key part of us manifesting that intention in the real world!

Thanu traverses the lines between immigrant rights activist, media  producer, researcher, and political/cultural organizer. Reppin’ Sri Lanka via Thailand and Massachusetts she’s now based in Brooklyn, and has been in New York since 2007 where she has worked for organizations highlighting youth media, racial justice, and immigrant rights. When Occupy Wall Street kicked into gear in the Fall of 2011, Thanu was part of a crew of organizers of color who started the People of Color Caucus in order to highlight and organize around issues faced by communities of color that were being ignored by the larger OWS movement. She also helped lead the Immigrant Worker Justice working group in the Fall, and put together the December 18th International Migrants’ Day march. She is on the editorial team and blogs for, In Front and Center: Critical Voices in the 99%, and is one of the new culture editors for Organizing Upgrade, which is re-launching this month.

While those experiences will definitely add a new dimension to the aims of Dutty Artz, it is her interests and passions in the role of global music and dance in the creation of transformative political and cultural spaces that dovetail nicely with the work we’ve already been doing. For her, politics, music, and dance are intricately linked. She is an aspiring DJ and late last year, joined forces with DJs Beto and Mios Dio to organize and bring new acts and guest DJs to iBomba. We think that Thanu is a perfect fit and welcome addition to the family.

Check out a sample of her bad gyal writing on politics and pop culture here:

Dispatches from Indigenous Peoples Day, In Front and Center

OWS and Immigration, In Front and Center

Drop the I-Word feature: “I am home both here and there”, Colorlines

And check her out this Monday as she hosts iBomba alongside DJ Beto and Mios Dio, with guests DJ Ripley and Angolan Kuduro star Titica! Look out for more from Thanu soon!

My girl Juliana Huxtable LaDosha was one of the first people to hold it down for me when I started DJing on the east coast. Pure Genius. Check the rest of her Bcalla looks cover shoot.

The Performa Biennial has descended upon New York, and I’m pleased to announce that I’m writing a new radio play which will debut on Saturday, Nov. 12.

After Performa approached me about the radioplay I went off on long lines of investigation which crescendoed around the incredible, and, yes, tragic life of gay black NYC composer, Julius Eastman.

As Mary Leach writes about trying to gather his scattered work:

“Thus began an almost quixotic seven-year search for the music of Julius Eastman who died in 1990 and whose final years were a life spiraled out of control to the point where he was living in Tompkins Square Park. He’d been evicted from his apartment in the East Village—the sheriff having dumped his possessions onto the street. Julius made no effort to recover any of his music. . . One of the problems of writing about Julius is that it is difficult to state anything with certainty.”

How The Julius Eastman Memorial Dinner fits into all this will (trust me) be a surprise. This I can say: it takes a village to stage a radio play before a live audience, so for The Julius Eastman Memorial Dinner, I’ve brought aboard several pianists and voice-actors, among them Emily Manzo and Sharifa Rhodes-Pitts. Radio was central to my musical upbringing and remains something I’m committed to, so the opportunity to create new work expressly for the medium is fantastic.

Performa Radio goes down at WNYC’s Greene Space. Other participants – radioplaywrights? wireless dramatists? – include Tom McCarthy (“but now I want you to do nothing even slower” ), Marianne Vitale, and Hari Kunzru.

They say: “For Performa 11, Performa Radio explores the literary legacy of the first mass medium, the radio broadcast. Just as early radio and sound recording influenced the modernist literature of Edgar Allan Poe, Stéphane Mallarmé, Paul Valéry, Jules Verne, and Antonin Artaud, what effects will digital radio have for the forms of literature and the development of the narrative play? Leading figures in the fields of literature, art, and music will be commissioned to write short plays, to be performed live at WNYC’s Greene Space and streamed on the Performa website.”

[another night at the laundromat]

In 2005 New World Records released a 3-CD set of Eastman’s music, which was generally associated with downtown minimalism. You can download the liner notes [PDF]. Below is a recording of “Evil Nigger” (1979) here played on four pianos with Eastman himself. One Two Three Four!