END_OF_DOCUMENT_TOKEN_TO_BE_REPLACED

NSFW. Not for the faint-hearted.

So much love here!

Â Marvin’s Room (Shlohmo’s thru tha floor remix) – Drake by shlohmoA question I hear frequently asked about Toronto based Hiphop/RnB rapper/singer/child actor Drake in the press is why his new music is so depressing sounding and what does he have to be unhappy about? He’s young, rich and famous! He’s got a seemingly endless supply of adoring fans, pretty women, drugs, alcohol, money and a venue for his artistic expression to talk about his feelings. Hot97 is his psychotherapy couch.

When he sings:
‘Cups of the XO
Bitches in my old phone
I should call one and go home
Iâ€™ve been in this club too long
The woman that I would try
Is happy with a good guy

(Are you drunk right now?)

Drake strikes me as being honest here. Even though he has all of the above material and ego-enhancing things that many of us want, he is still not happy. Â When artists are honest and speak about what’s really happening with them instead of repeating tropes that seem like the ‘industry standard’ (I’m balling! I’m awesome! I’m getting money!) it adds a richness of meaning, the texture of personal reality. Â The current vogue for sipping XO (aka sizzurp, purple drank, or cough syrup made with promethazine and codeine) popularized by many rap/rnb artists including recently Drake and The Weeknd seems to support this pretty well. Codeine is an opiate, the same active ingredient found in heroin. It’s a central nervous system depressant that makes you sleepy and dulls pain when used when you’re sick. If consumed when you’re healthy it pushes pleasure buttons in your brain and feels great. Â  Taking codeine also kills you. Â If you slow your central nervous system down enough you’ll just stop breathing. RIP DJ Screw and Pimp C. My question is: how much must you be suffering to make this glamourous lifestyle choice? Scientific research has pointed to links between the way we experience physical and psychic pain, like the pain of depression, including the fact that depression sufferers seem to have more acute physical pain. Â As far as I can tell people who are happy and fulfilled don’t need to constantly take large amounts of central nervous system depressants like codeine and alcohol.

END_OF_DOCUMENT_TOKEN_TO_BE_REPLACED

In the spirit of pride week and Gay Bajo?!

Shout to Diego for the heads up & all the visuals! 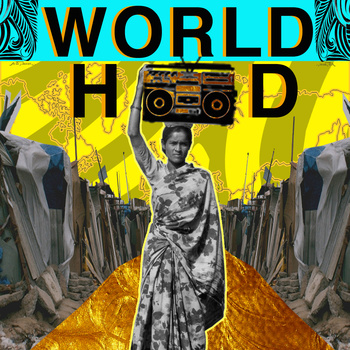 Not really a lot of commentary about this besides the fact that I just listened to it like 19 times in a row.Â  This is, how you say, my shit.Â  Sweet and low rnb en espanol by World Hood out of Sacramento with Peligrosa crew’s own Sonora coming in hard body on the remix. Big tune, and it’s downloadable via the soundcloud page, so get to it.

Here’s the video for the original, which is also very nice:

To cure post-holiday blues, smoke Christmas trees or listen to the new album from Hype Williams, Find Out What Happens When People Stop Being Polite, And Start Getting Reel on repeat – or just do both to further enhance that collapsing feeling as you watch people (including hard working class people) waste money and resources. Like a bouquet of xmas flowers on fire, the album is an absolute mess; a slow-burning, swirling, hallucinatory fantasy, a wicked affair involving Ms. Helen Folasade Adu.

Can Black Coffee do anything wrong?!

New mix by Canadian DJ/producer Adam Rawdman containing a bunch of recent favorites from Dubbel Dutch and Mr Fox to Nguzunguzu and Jamie Woon, as remixed by Ramadanman, and a heap of refixes from Rawdman himself.

Games, “Strawberry Skies” from That We Can Play (Hippos In Tanks) 2010

I never got around to posting “Everything Is Working,” the first track I heard from Games earlier this year/in late-Spring if I can clearly recall. If you were at a party where I played/”DJ” or listened to Rupture’s Mudd Up radio show on WFMU over the Summer – specifically episodes I guest-hosted/filled-in for Jace, you probably heard that track and me going on about how effortless, charming, and amazing it sounds. Needless to say, I was looking forward to hearing more. During the wait for their mini-album That We Can Play, which is out now on Hippos In Tanks,Â  Games (Daniel Lopatin of Oneohtrix Point Never and Joel Ford of Tiger City – two producers currently based in Brooklyn – one of whom we’ve been listening to all year!) released a series of fantastic screwed-retro mixes/mix tapes, steeped in 80s synth-pop-mystic and nostalgia (taking forgotten, obscure songs from the 80s, slowing them down, and in that process transforming them into murky, cinematic, dreamscapes). You can grab those mix tapes over at their Tumblr WAY SLOWER. Some of the characteristics (dreamy, woozy, etc.) are found on those mix tapes bleed into the five tracks on That We Can Play, especially on the opening track “Strawberry Skies,” with excellent vocal contribution from Laurel Halo, whose “Something I Never Had” we’ve played out/and on Mudd Up too, .

you are mean computer

The latest release from anticon., debut album by Baths is in heavy rotation this week. It has some extremely lovely moments – worth checking – also worth spending money on, if you all are still into that.

Alright, Spring is here & Miss Badu has blessed us with yet another extremely good album.Â  I’ve returned to it already a few times this week — New Amerykah Part Two (Return of the Ankh). At first, I was unsatisfied (I had that same feeling when I heard Worldwide Underground, as if the project was unfinished/not completely realized) but for New Amerykah Part Two, with each listen, something magnificent is revealed –subtle, satiric undertones buried in samples, live instrumentation, and that voice – raw emotional honesty (+ sometimes turbulence.) I’ve said it before, if you think Erykah Badu’s music is only serious/militant/political/etc. — which it obviously is — you’re missing the point.Â  She’s more playful, more humorous than she’s often credited for, and this album has some of the most amusing moments in R&B you’ll hear this year.