if there has been one name that’s stuck out for me recently, out of all the radio rips and whatnot i’ve been running thru, it’s oneman. this guy has consistently thrown down spontaneous, diverse, hype sets that mix up the old and the new without sounding scattered or all over the place. Serving up a gang of old school garage, funky, grime, dubstep and PURPLE, his sets seldom disappoint. If like me, you’re just getting wind of this guy, there is a bunch of material for you to get through:

been knocking these for a minute, but I just got around to cutting them up. three guest mixes on mary anne hobbes’ experimental show, from a while back.

also, I picked up her new CD a while back. very heavy.
[youtube]http://www.youtube.com/watch?v=wazN-qKeCXM&feature=player_embedded[/youtube]

Just got a hold of this quasi-new set from Appleblim and Wedge, recorded on sub fm. I hadn’t heard of Wedge before, but am feeling his production, more of this post-dilla, slowish dubstep kind of thing that keeps popping up. It’s a little reminiscent of darkstar. Nice to hear radio sets where the djs are blatantly having a laugh in the studio… Vibes!! 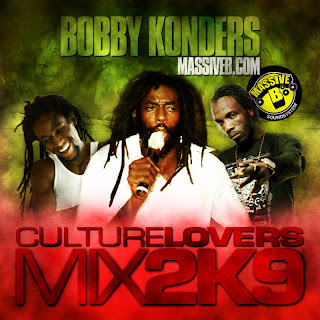 I found this culture mix posted up on the massive b site, where I was half-heartedly looking for some events popping off last night. It seemed like saturday was the off-night between some mega arena jams at bb kings on friday and later tonight, so I was a little thrown to see bounty + beenie together on the marquee at Roseland – whoops! It was not to be though, I had a date with the russian vodka room which was kind of cool in its own way, and the line looked a little out of hand anyhow.

Matt Shadetek sez: Everyone welcome Mode Raw to the DA blog, he’s gonna be popping his head up and dropping some jewels on us, like this one below. Background: Besides doing almost all the graphic design for all the previous Shadetek records, mixtapes, etc, teaching me how to DJ, use photoshop and always, always telling me to my face he didn’t like a tune I’d made when he felt it was necessary D and I have been homies for literally about 20 years. We went to nursery school together! (this is not hyperbole, exaggeration or lying, but instead the literal gospel truth.) He continues to open my ears to the new lava with this crazy hot mixtape, don’t let his understated description fool you: this shit is nuts. For those with fragile psyche’s, be forewarned, this is un-remitting satanic gun-man darkness with Kartel, Aidonia and crew engaged in the never ending struggle to find new and more EVIL ways to sing about fucking and killing (“Rise di rifle like my penis”). Worth downloading in it’s entirety if only for the vicious Munga disses from Aidonia and Deva Bratt. Donia linked individually in the flash player below Deva’s “Pon The Nazzle” in the zip file disses Munga’s heavy use of vocal pitch correction software auto-tune saying “Dem rising to the top but fall so soon/… Cuz stage show no carry no auto-tune”. Mad.

I found this comp while listening to tunes on Kartel’s myspace. I had never heard of Junior Snypa but he is doing it with this tape, which is more reminiscent of a canal st mixtape or street album than a straight-forward juggling session. Rather than lining up large blocks of big riddims, voiced by everyone in the scene, the selection is built around a handful of vocalists over mostly B-side productions. Kartel, Aidonia, Black Rhino and Deva Brat do the business over a gang of lo-fi, grimey riddims on the slower end of the spectrum, turning out the kind of auto-tune gun ballads that have been raining down on the world from stephen big ship’s lab for the last year or so. Recommended.