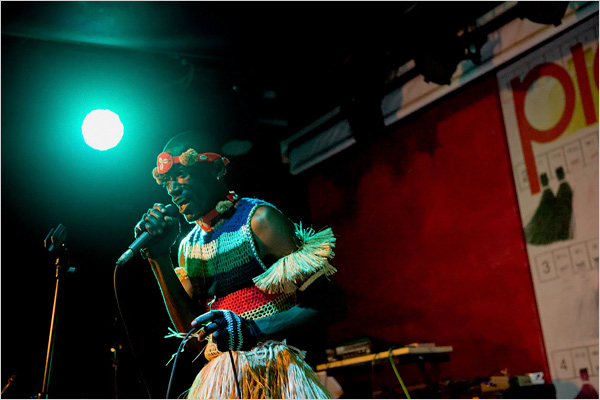 There was also an African apparition: Janka Nabay from Sierra Leone, wearing a straw skirt and singing and dancing to recorded tracks of what he said was a 500-year-old tradition called bubu music. The tracks were modern, and the beat, fast and skeletal and driven by bell taps, was unstoppable, demanding wider dissemination.

listen to more audio from an interview Janka did with Straw vs Gold several months back.