My last full day in Mexico City in January 2012, I still hadn’t gone toÂ Tepito’s street market. In my readings on the so-called piracy of music and media, Tepito was the stuff of legend. END_OF_DOCUMENT_TOKEN_TO_BE_REPLACED

Well not “pirates” exactly, but camelÃ´, hawkers. For years I thought street vendors were called “camels” (camelo) and wondered about the connection. And, in Rio de Janeiro, Brazil the area of the largest semi-formal, pirate-media-makers/smugglers market is called the Sahara.

The lyrics in the video defend camelÃ´s working to provide for their families and attack social inequality in Brazil and the country’s prohibitively high taxes–e.g. 60% on a foreign “luxury” item like DJ gear. The long-haired kid in red, Yuri BH, sings about how musicians fly throughout Brazil for shows because of their partnership with camelÃ´s who publicize their music. Many MCs and DJs, who I met gave their CDs and DVDs to the camelÃ´dromo (the “hawker-drome”) in hopes of “pirate” proliferation and distribution.

Efficient pirate sales–plus radio play and “free” sites like FunkNeurÃ³tico— may have helped catapult another of the MCs featured in the song. MC BÃ³ do Catarina–blue hat & braces–seems to have the song right now in Rio. And he’s not even from there. Funk carioca (“funk from Rio”) as the genre’s name suggests needs to be from Rio. Artists living outside of Rio, historically, have not gained a name within the music.

BÃ³’s hit song, “Vida Louca TambÃ©m Ama,” roughly translates to “Crazy Life Also Loves.” Like in Los Angeles “vida loca” refers to gang life. In Rocinha, the largest favela in South America, where I’m living, it’s playing on YouTube at my friends’ homes. The lyrics are on my neighbors’ lips. As I roar up the hill on a motorcycle taxi, I hear it blast from distorted speakers on corners and in front of bars. And it’s somehow this popular without fitting into either of the two currently dominant subgenres. It’s not putaria, about sex; no lyrics, like my neighbors’, cleverly manage to pun camera with getting head. And despite the “vida louca” mention it’s not proibidÃ£o, gangsta funk glorifying specific factions or telling tales of local wars.

Overall since MCs–or their impresarios/managers–often have to pay the radio monthly and tip baile funk DJs with bottles of Black Label whisky and Red Bull to get their songs played, “pirates” who distribute their music for free, i.e. without the artist having to pay, can be a good deal. The prevalence of media piracy in Brazil, however, might have contributed to the death of formally released albums of funk. Piracy might be used as an excuse by label-heads to explain to artists why they receive so little royalties and for labels not to produce official CD releases anymore. DVDs of shows are the only commodity nowadays. But as long as the quality of their music wasn’t degraded, many funkeiros said they supported pirate media distribution as a way for their music to take off through Brazil. Cheap, fast, exploding.

And his newest song–which starts nicely sweetened with some Melodyne/Auto-Tune–which BÃ³ gave me on a burned CD-R:

Heavy one from Dutty compadre Timeblind!

your cel phone and portable electronics probably have minerals mined in the Congo and illegally trafficked. watch the other related videos if you are unaware of this.

please support legislation to keep mining transparent and stop thugs in the congo from profiting from the misery of their fellow countrymen. DRC should be known for its amazing musicians, not for more misery like this. 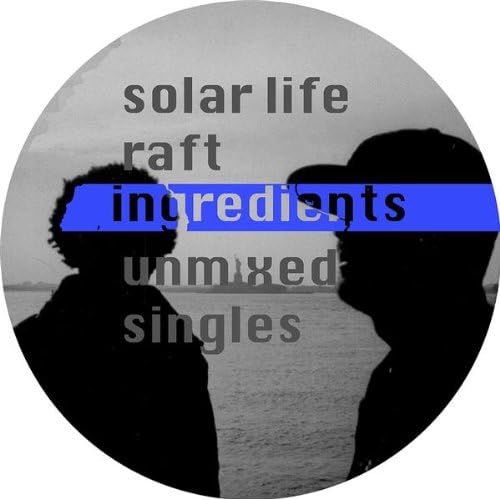 cross-posted on Mudd Up!

One of the most interesting books I read this year was Marcus Boon‘s In Praise of Copying (free PDF download). It’s a philosophically broad consideration of copying, informed by Buddhism – which has long considered essencelessness — and a really good soundtrack. Published on Harvard University press, it gives me hope for akademic writing: Boon’s prose is lucid and approachable, whether discussing “Louis Vuitton” bags or Taoist views on the ecology of copying…

Of course ‘style,’ including hip-hop style, has long been integrated into the capitalist marketplace — and there could be no capitalist market at all without very particular organizations of appropriations of copia abundance. But to see style, and for that matter ‘copying,’ as mere epiphenomena of capitalist production is to invert things, and to radically underestimate the power of these forces. The power of hip-hop, and the five elements, which are five ‘styles’ of being in the world, constitute five types of magic, if you like — five ways of transforming things, and therefore five ways of changing what gets called a ‘person’ and what gets called a ‘world.’ I would like to think, though I can’t prove it, that folk cultures have always had this power, have always discovered it for themselves, insofar as folk cultures are always cultures to whom nothing belongs, from whom everything is taken.

The New Yorker described the book as: “. . .not an investigation of the ethical dilemmas of copying but a Gertrude Stein-like affirmation of the mimesis that happens everywhere and everyday. Boon sees copying as fundamental to existence, part of ‘how the universe functions and manifests.’ . . . Boon encourages us to rethink terms like ‘subject,’ ‘object,’ ‘different,’ and ‘the other,’ in order to “account for our fear of and fascination with copying.”

Marcus Boon has a great radio voice and will join me on WFMU 91.1 FM NYC next Monday, December 27th, 6-8pm, to discuss In Praise of Copying and share some music!

So there’s this thing called the Internet but here at Dutty Artz we are mostly focused on bodies. Preferably sweaty ones. What moves them, what brings them together or forces them apart, trying to create spaces where we can melt our boundaries or learn useful ways of navigating each other and The World Around Us, which is part Mr + Mrs Internet but part walls and metal and dirt and apartments and streets and jet fuel and mostly plastic products which is why we’re doing a ZINE. To spread this talk into a physical format, the kind of thing you can leave behind or fold up and take with you, because everything circulates differently offline — call it distributional aesthetics — and nowadays it’s not knowledge so much as vectors of connection, context, and collapse, plus or minus corporate sponsorship and/or access to potable water. Like I tweeted: the future will be bad. but its music will be good. #CrisisManagement.

The zine will be out in time for Kwanzaa/Christmas/Reyes/Hanukka and if you’d like to submit a piece of “content” for it, email it to zine@duttyartz.com. If your “content” is, like, physical, email us and we’ll send a passenger pigeon to pick it up.

Guidelines? Nope. But there is a theme. And that theme is PIRACY. Or maybe it’s a method. There is a deadline for submissions: 4 weeks from now. End of November.

I am kinda occupying the editor position and Taliesin is kinda occupying the graphic designer position & that’s about all for now. The Dutty Artz Zine will be available as a PDF for our disembodied massive but the physical thing will come with an audio CD containing some of the best music you’ve ever heard. But this is not about the music. It’s about killing trees & inking up the world. Xerox sponsors, holler.

Check 1:40 for the real moment(s) of clarity here.

Dutty Artz is a book club. You might have thought we were a record label- given that we’re releasing tracks every month and constantly feeding the internet with audio files- but it goes a lot deeper then that. If you want to be part of the club, you should read Octavia Butler’s Parable of The Sower. If you’re not in the Northern Hemisphere- you might want to wait until Summer, caus this one is dark, and if read before bed, almost guaranteed to induce the vivid nightmares that lodge in your psyche for days before revealing themselves as dreams and not memories.

We’re scrambling just like everyone else right now- trying to figure out what it means to be a record label in an era where recorded digital media has no value- and the only people making money are slicing off pounds of flesh to get branded. You’ll see us move in that direction too. It’s inevitable. Hopefully we can do it without losing too much respect. Until then you can find me steady dreaming of new distribution paradigms as we pass each other printed relics.

This Friday I will be swimming the Oceans of Blood with former Change Agent homies Orien McNeill and Zack Shadetek on a fundraiser for their crazy boat project. Open bar and a fake blood slip and slide and me djing from 11-1AM What more do you want, really?

Strange info after the jump>>

END_OF_DOCUMENT_TOKEN_TO_BE_REPLACED

Spoek Mathambo returns with another miraculous (dark and surreal) mix of dance music from ’round the whirled. Words are a waste of time– do yourself a favor, download and enjoy the mix, baby—like the delirious African in the intro suggests.

Pirates hijacking large shipping vessels on the Somali coast and in the Gulf of Aden is a top news item this year, especially after the takeover of Saudi-owned Sirius Star which was carrying two million barrels of oil bound for the U.S.Â Â  Most recently, the news has been about combating and taking steps to “crack down” and “curb” this problem of piracy, which has been going on since the early ’90s, at the start of the country’s civil war.

There is always two or more sides to a story.Â  From what I understand, the region the Chinese are planning to control is so incredibly vast that military action will, without a doubt, prove ineffective.Â  Depressing economic situation and a lack of a central government are only two of the forces pushing young men in “cash-strapped, hungry Somalia” to piracy. What happens when life on land becomes unlivable, chaotic, poverty-stricken, when there is no work, no income?Â  Desperate people look towards the sea…

Check the new video from Mogadishu born, Ontario based emcee, K’naan, who recorded his entire album in Kingston, JA, thanks to his friends Stephen and Damian Marley who granted him access to their late father’s recording studio>>>