Who says late-capitalism isnâ€™t violent? Look what theyâ€™re doing to these women! Or at least their photos. When real just isnâ€™t real enough, go on then, go on then draw for the Photoshop. Some of these are just snarky nerdery about clone tools and bad compositing but some are justâ€¦ EEK. Like this one:

How did that get past the many layers of corporate approval and get published into the world? The only conclusion I can draw is that these people are on drugs. This was another favorite of mine. Body issues anyone? Seriously, you just need to diet more, go to the gym instead of sleeping and get all of your internal organs removed by someone with a Wacom tablet. 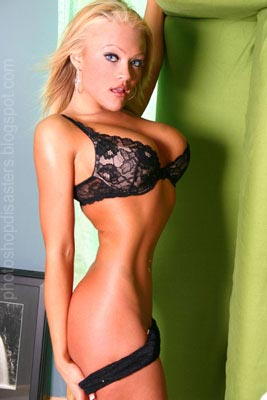 And now that I think about it? What is she doing? Standing next to a couch tipped on its end? Sexxxxxxy. Many more at Photoshop Disasters.