I’m proud of the brilliant ladies behind SUPERTIGHT, because with each episode their Bushwick public access program gets simultaneously better produced and even crazier. A rare feat in today’s mediascape!

In Which Stormy’s Wig Gets Got

If Super Tight isn’t your favorite ersatz public access TV series yet, then u just wait. Puppets, gender melt, sketches… and, in this new episode, an interview that brings out my dark side.

(What do normal people do in their spare time? I haven’t the slightest idea…)

and here’s a handy breakout video of the interview.

Diana and Liz are SUPER TIGHT. Public-access heart inside a Youtube pop melt! This is their first episode. The High Maintenance Brides are particularly inspired.

Check out a little viral video I just made for the song Funny Cats off my album Flowers.Â  It’s got a bunch of LOLcats images and funny cat videos from YouTube cut to my song.

There were two inspirations for this video.Â  1) I actually like these stupid cat videos on the internet and feel like the effervescent silliness of them fits the song well 2) they get 40 Million hits on YouTube.Â  So the idea here is to see if combining my song with this kind of viral content can make it get more hits and more importantly reach people who aren’t blog-reading, social-networking music nerds but instead regular people who watch funny cat videos on YouTube.Â  I’ll let you know how it works.

Ghostleg, our VJ friend in Australia re-ups the visual remix of some United Fruit Company propaganda he started on for New York Tropical, this timeÂ  with Uproot Andy‘s Vale La Pena remix. 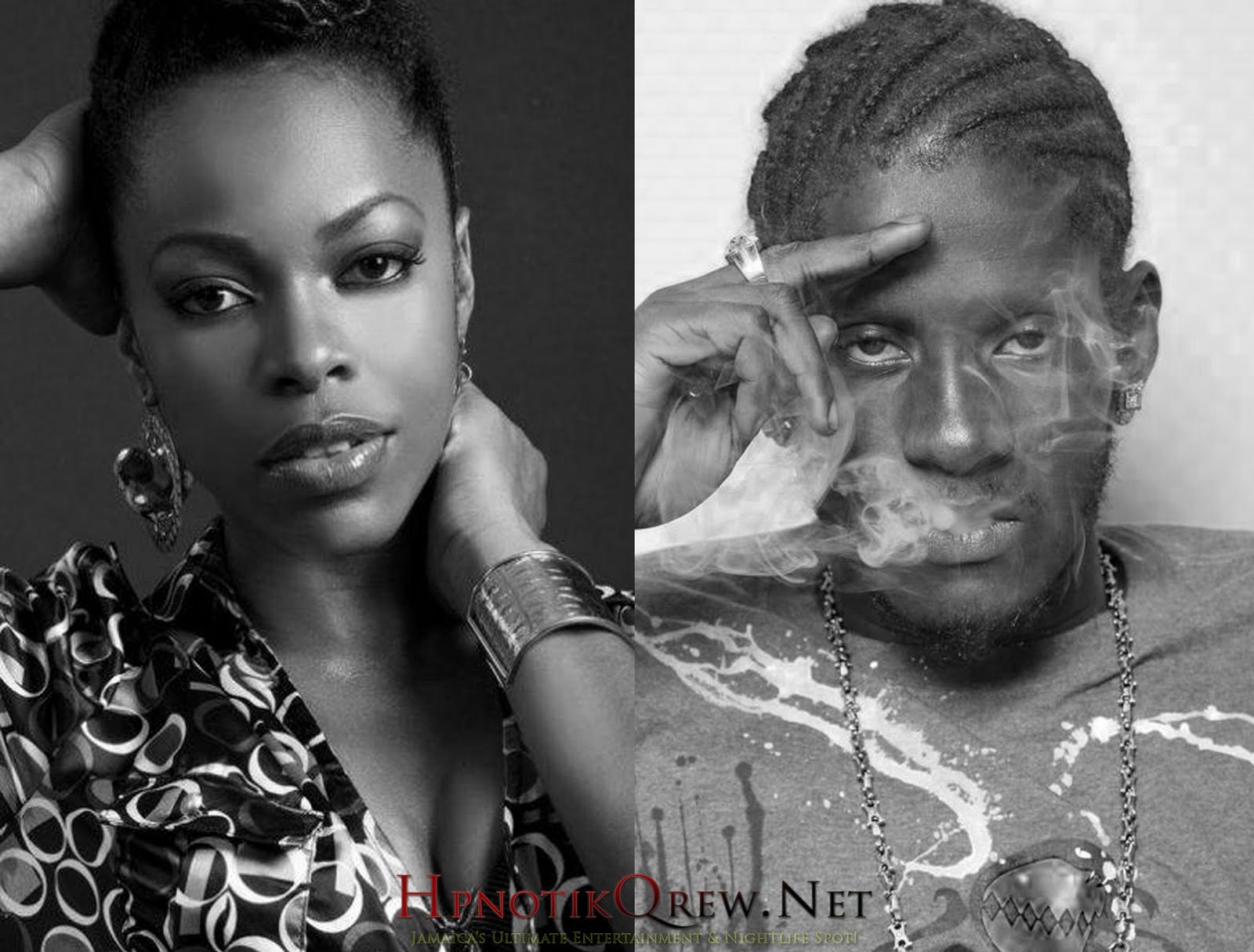 I haven’t heard that many tracks from Aidonia; he’s one of those mid to late ’00s dancehall artists you hear about all the time, see his name on countless mixtapes, and probably already heard a bunch of his tunes at parties, but you never actually went out of your way and check for his tunes. That’s until I heard the title cut from Stephen “Di Genius” Mcgregor’s incredible Bad People riddim which completely shifted my view on a couple of vocalists — but more on that shortly.Â  “Heart Is Hers” features Aisha Davis and is produced by Equiknoxx producer/artist collective (who are also responsible producing another impressive Aidonia track titled “Negative.”) This is what dancehall sounds like in post-808s & Heartbreak/weird-emotional-electro-pop-hop era? Dancehall is going in so many different, exciting directions at the moment, and as for this particular type of sound which has been bubbling for the last few years I think it’s safe to point toÂ  T-Wayne & Yeezy as references.Â  As Aidonia sings – “Song is too dead/it needs more life – Needs a faster melody/more melody/groove your body…”

I actually LOLed at this one, posted by Eddie Stats over at Okayplayer’s new(?) Large Up blog. The last and first of his Toppa Top 10 fake reggae songs are the picks for me. Eddie Murphy taking a polished and very funny dig at Bob Marley (seems pretty clearly aimed, I could be wrong) and then some youtube guys hilariously misinterpreted transcription of Busy Signal (with jpegs!).

Normally I delete all the boring press releases I get in my email but this one caught my eye and I thought the readership here might enjoy it. Â Nice to see that the indigenous people in this country still have a sense of humor after centuries of genocide, mis-appropriation of tribal funds and general attempts to erase their nations, culture and selves.

Say Aid Should Be Denied to Anyone Entering U.S. in Last 25,000 Years

Leaders of the five Native American nations that comprise the Iroquois League – comprised of the Mohawk , Oneida , Onondaga , Cayuga , and Seneca peoples – issued a joint statement today declaring anyone who entered the country without their permission after members of the League arrived (here between 25,000 and 60,000 years ago) to be an illegal alien who should be denied all government benefits as a first steps towards deportation. Under the proposed rules, approximately 98 percent of the current U.S. population could be considered illegal immigrants.

Said the statement, “Since we granted no permission for outsiders to enter the country after 23,000 B.C., anyone who did so is an illegal alien and should no longer be able to receive government welfare payments in the form of corporate agriculture subsidies, tax credits for stadium-building, mortgage interest deductions for vacation homes, or food stamp benefits. In the meantime, if they cannot speak any of the Iroquoian langauges, such as Mohawk, they should leave. People should simply accept that America always was, and always will be, an Indian Nation, and must wake up and realize the existential threat posed to our very existence by the broken borders that allowed in Lou Dobbs, Steve Levy, and Pat Buchanan. The only thing sadder to us than watching trash litter the landscape is watching people were immigrants themselves slamming other immigrants.”

Human beings originated in Olduvai Gorge (in present day Tanzania) about 2.5 million years ago. Kikuya tribal leaders from that area responded to the Iroquois in a statement today that said: “We believe that the Iroquois are illegal emigrants. Since they left our land 2.5 million years ago without our permission, they really have no right to be in North America either.”

In a related development, 10,000 angry Tea Partying Medicare recipients protested against themselves today, demanding that “government health care keep its grubby hands off our government health care.” Said one protestor, “I simply hate myself for benefiting from a program that proves that everything I stand for is flat-out wrong.”

Lately I’ve been having fun typing things into Google’s little search box at the top right of my browser and seeing what comes up as suggestions. Today I was reading about the Pine Ridge Lakota Sioux Reservation on Wikipedia and there was a mention of Caucasian people, who have a wikipedia entry too. This however lead me to see what google had to say about white people so I tried my friend the search box. Hilariously the first result was ‘white people stole my car’. What? Needless to say I clicked through. Turns out that a while back if you typed ‘white people stole my car’ into Google, the helpful googleoids would ask “did you mean black people stole my car?” Screenshot below. I can’t vouch for the veracity of the screenshot but I did find it very funny.

Chief Boima‘s version is not as funny, but it’s a guaranteed dance floor scorcher.Â  The Chief is a badman producer from the left coast who recently unleashed a free EP heat up your winter – African By The Bay (62 megabyte ZIP file), feel free to to download and re-post on your site.