Nettle is a band I started in Barcelona which knows nothing if not change. This spring we will release an album — a soundtrack to a remake of The Shining, set in Dubai — on a label I’ve admired for awhile. (details soon…)

This Thursday we’re playing a free show at Zebulon in Williamsburg. It’s an intimate space where you can come get close to our strange music. There will be a little bit of singing and 100% no guitars. We use old instruments made from trees (Lindsay’s violin, Brent’s cello, Bill’s bendir frames), and homebrew digital tools (Sufi plug-ins, #mudd) and if you like to listen then this is your night. Icing on the cake: Lamin Fofana will DJ throughout the evening.

And remember: after Tropical comes Arid.

NOTE: Lamin Fofana will be joining L.A.’s notoriously good live act Very Be Careful and I at Coco66 in Brooklyn this Saturday. So come get yr Afro- Latino- post-identitarian noir noir crunk dosage, we goin’ in deep. Like Garvey, except instead of black nationalism it’s accordions. Or 808 kicks. Probably both.

Very Be Careful are from L.A. and play a rowdy rootsy version of Colombian Vallenato & Cumbia. VBC have released a number of albums over the years but it’s their live shows — legendary, high-proof fun — which have won them a kind of cult following. Accordion cultists, it turns out, are the best kind.

Catch em in Brooklyn’s Coco 66 this Saturday Jan. 8th, along with yrs truly, DJ Rupture & Lamin Fofana. Not to be missed! I’ll give away some tix on my radio show tonite, 7-8pm WFMU.

For a bit more on VBC, try this post: “The cat pours the dog a stiff drink. The dog longs for opposable thumbs so he can reload the shotgun.” 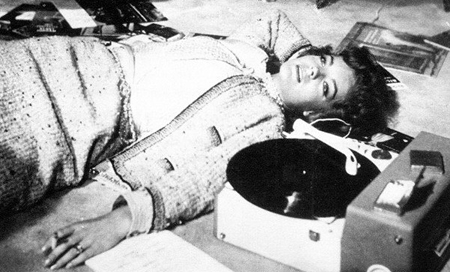 I apologize for the short notice (once again!) but I will be taking over WFMU tonight – broadcasting at 91.1 fm in New York City and at 90.1 fm in the Hudson Valley from 6 – 9pm – filling in for Rob Weisberg. Matt Shadetek will join me, and will deliver a live DJ set! TUNE INNN!

Update – STREAM/listen to the show!

I’m on a bus right now heading to Boston! Monday night Beat Research party with residents/kind hosts wayne&wax and DJ Flack, guests John Barera and me! Yep, this is my Boston debut! Do come out and say hi!

In some DUTTY BIZNESS, XLR8R unleashed a track by Matthew Shadetek + Lamina Fofana. Matt works fast! He has three tracks on our recently released New York Tropical compilation. The man is a production wizard.

We are dropping  a 12 track tropical compilation just in time for when things start to get cold in New York and hot in Rio. Ten unreleased TROPICAL tunes + anthemic FUNKY THAT WE HAD TO COSIGN and A HEAVYWEIGHT NEW MASTER OF NGUZUNGUZU’s EL BEBE AMBIENTE. We feel bad that we have not kept up our LEGENDARY New York Tropical parties- but we just do not have time to promote a crew club night in New York- but maybe again in the future, with some good partners we would get into it again- because NEW YORK TROPICAL WAS A FUCKING BLESSING. The first time I went was before I had really started working with DA and everything about it was perfect. From the Belgian installation art that slowly dissolved as the dancefloor spread to all surfaces, to the perfect Sangria, the heavy weight dancehall soundsytem that we rented from SoundMan Grimm, a crowd that reflected the diversity of the music…. basically NYT was one of the dopest party series I’ve ever taken part in (although sadly I never got to play caus I was busy learning things in school and hanging out in Europe).

For the comp we hooked up with DA resident internet excavator Seacrest Cheadle  892 u mean computer mean2 computer did u mean competitor a force that has been so next level for so long that it is basically my only internet news source. We have been dreaming of doing projects with him/it/her/zee since before the first .com crash but he’s basically the zeitgeist embodied and besides pretty regular appearances at Korea Town Karaoke Bars and Neurogenetic labs in undisclosed locations- she is damn near impossible to locate. but somewhere in the #based ether we convinced it them 2 make a deadline… and magically, it worked.

Our promo machine is at about cotton gin status at this point… so we just moving FWD looking towards a more cohesive way to reach a larger audience. I dont open or listen to almost any of the promo email I get, and you dont either. But some of it will keep coming but really this whole thing is about relationships. I, for one, am working on my relationship to the ocean and fresh fruit juice in Brazil. I suggest you keep a dream journal while you ask these questions.

FREE MIX: #Calypso (or land of broken glass and the high world above manhattan)

Download “Dance In Yr Blood” for FREE at XLR8R

Head over to XLR8R for a free download of “Dance In Yr Blood” – first leak/bonus track from my EP What Elijah Said out September 21st.

Check out the website of photojournalist Brendan Bannon.  He is responsible for that incredible image that is my EP cover.

Dutty Artz will release Lamin Fofana‘s debut EP What Elijah Said on September 21. Lamin has been steadily working on beats for the past few years, and he’s about to make a public birth.

When we asked him to describe the music, Lamin sent us this sentence: “Yet, he would refer to the Mother Plane, a mysterious space ship with superior beings, giant black gods or something like that, that patrolled the universe, keeping an eye on the devil and ready to rescue Black Muslims from Armageddon.” Sounds like sci-fi, but turns out it’s from the New York Times 1975 obituary (!) for Nation of Islam founder Elijah Muhammad.

Everything is not what it seems, and this music’s mark of greatness is the way it so effortlessly calls for repeat listens.

Artwork: Boy holding fluorescent bulb,  photo by Brendan Bannon, Dandora Dumpsite, Nairobi. 8/29/2006.   Hundreds of trash pickers scavenge the dump for food, plastic, glass, and metal. Areas of the dump smolder from a slow burn of plastics and detritus just under the surface. Local activist have attempted to close the site due to pollution concerns.

Lamin Fofana  was born in the West African country of Guinea. When the political situation got bumpy, he moved to Freetown, Sierra Leone, where his routine involved listening to Goodie Mob and Organized Konfusion as well as attending Quranic schools/mosques. In 1997 Lamin’s family had to flee worsening conditions in Sierra Leone – losing friends, belongings, documents, a home. They spent several days crossing roads and bridges destroyed by rebels to prevent people from escaping. At the end of the year, Fofana found a new home in Harlem, New York, where he lives today.

The second episode of Dutty Artz Radio is up! Me (Matt Shadetek), DJ Rupture, Mosholu Park aka Lamin and Taliesin all got together in the basement of Dubspot to all DJ some short 20 minute sets and do the first episode of our new book club!

The book we talked about is Octavia Butler’s Parable of the Sower.

I chopped the audio into separate parts for your mp3 player pleasure.  We streamed it on UStream although somehow the video got lost. The full chat transcript is after the jump though so you can read back if you want.  We’ll be doing this weekly on Thursday nights at 7PM NYC time (EST) at http://www.ustream.tv/duttyartznyc

This coming Monday we’ll have a special edition after Dubspot Radio which is at 8 (and I also run) with special guests NGUZU NGUZU! YAAAAA!  We’re very excited

We’ve decided to throw a last minute benefit show to help make a financial contribution to the ongoing relief efforts in Haiti. If you’ve followed this at all it is an absolutely harrowing, horrible catastrophe that has befallen a place that was already a very difficult place to live for many people. The show is in only two days so PLEASE email this to your friends in New York, put it on your Facebook, Twitter, etc. and help us get the word out. We as DJs will not be taking any payment from this and the proceeds will be donated to charity. We are currently seeking expert advice on who to donate it to, suggestions are welcome.

it’s here & here & here also – big up Dave, Chris, and thecrookedclef for the uppage. in between the multiple daily posts of other people’s stuff, i manage to patch together a series of sounds, and it runs deep! i made it a few weeks ago, recorded some of it at WFMU-FM, edit in Logic.